Skip to content
A couple of Saturdays ago, my sweet husband and I drove about an hour north to the small city of Johnstown. We had never been before, but the lure of a city-wide garage sale proved very compelling.
I knew it claimed a pre-Revolution era (1763) stately home as well, and hoped we’d have time to visit. We did. (Note: These photographs were taken with my iPhone 5s, and the quality of indoor shots reflects that.) 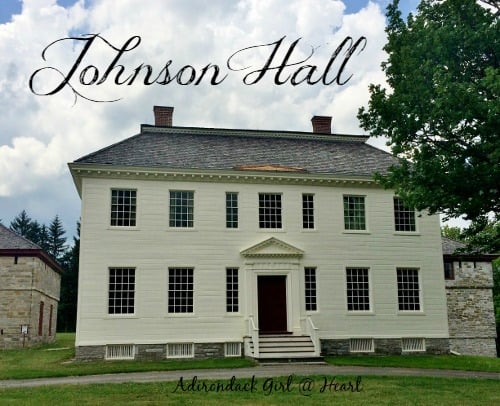 Sir William Johnson, an Irish immigrant and nephew of English Admiral, Sir Peter Warren, built Johnson Hall in 1763. Now a National Historic Landmark, it was the home he shared with his second common-law wife, Molly Brant, a Mohawk, and their eight children.

His relationship with the Mohawk and other Native American tribes, eventually led to his appointment as British Superintendent of Indian Affairs for the northern colonies. His house and courtyard were often filled with his Native American guests and Mohawk friends, who called him, “A Man Who Undertakes Great Things.” 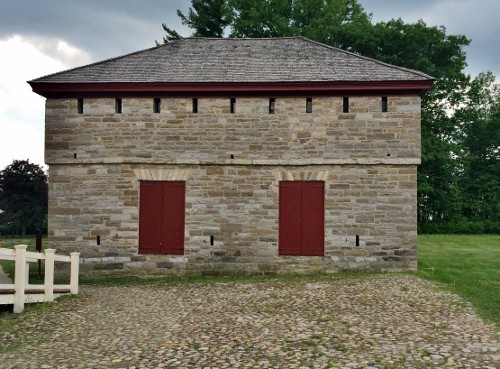 He built two block houses as defenses on either side of the manor, which he eventually used to house his many slaves and servants. 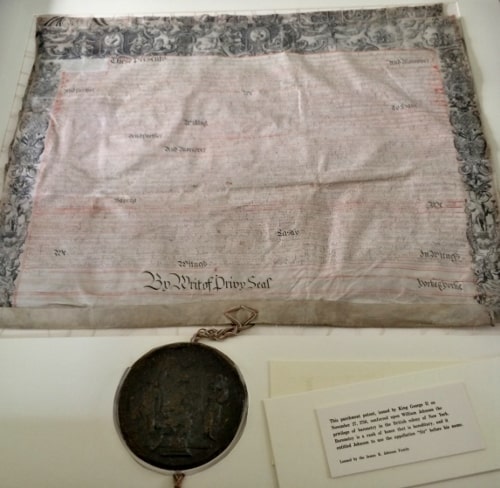 Because of his successes during the French and Indian War, Johnson was conferred the British title of Baronet. He was the first American to be made an English peer. Above is the original document, issued by King George II in 1756. It entitled him to use “Sir” before his name. 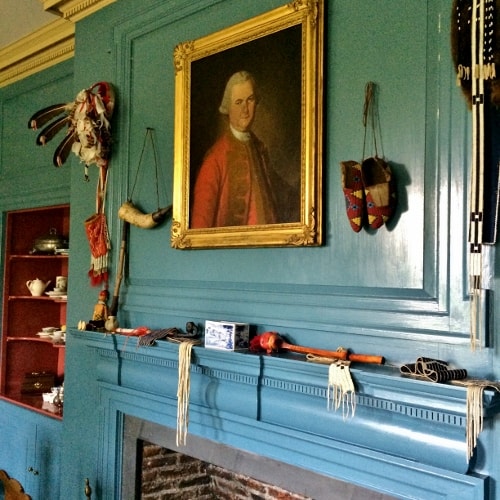 The blue parlor contains a portrait of Sir William, surrounded by many of the type of Native American artifacts he would have acquired through the years. 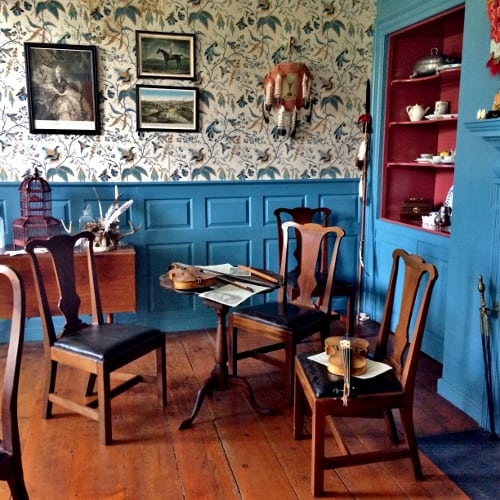 Just a few of the furnishings are original to the house, the rest are period replacements or period reproductions (as is the wall paper). 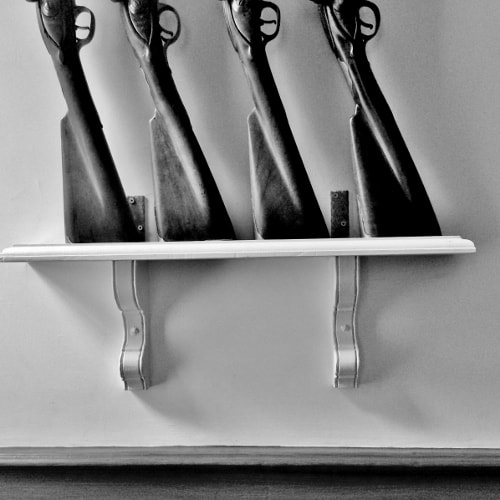 Living on the edge of Native American territory put him and his family in a somewhat dangerous position, even given his high status among the Mohawk. This rack of guns, along with another matching set, flank the front door. 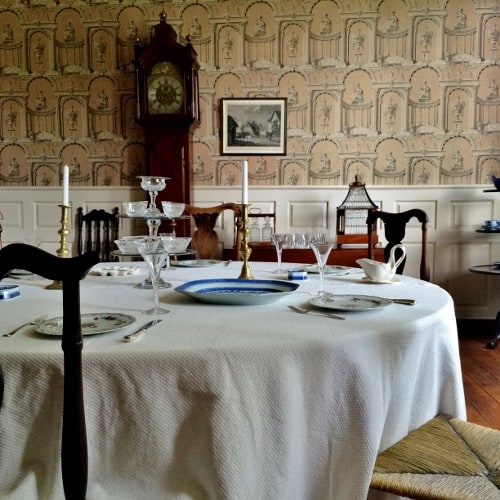 The white parlor, across from the blue parlor, is shown ready to receive guests. 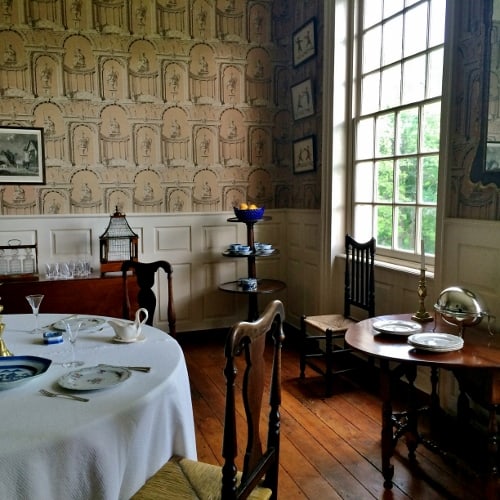 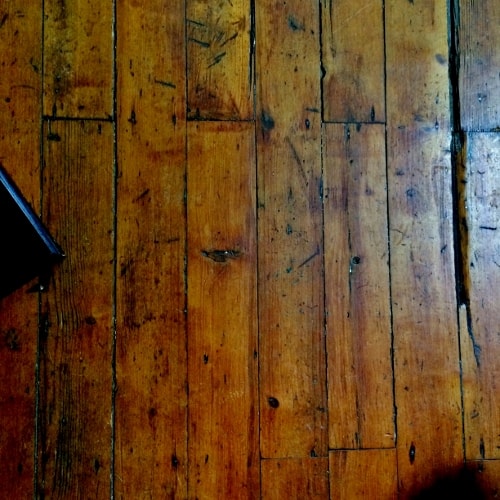 The original floors are wonderfully worn and smooth. 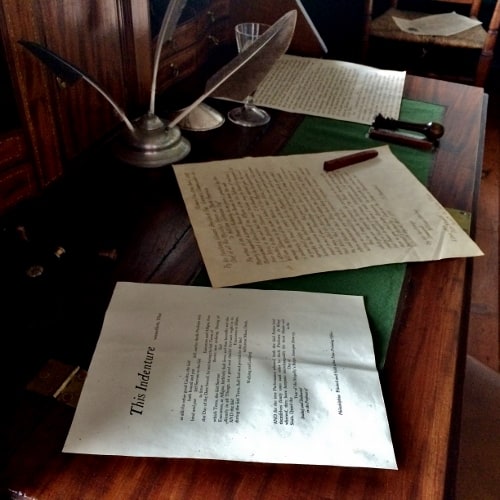 Sir William apparently conducted work from his bedroom on the first floor. 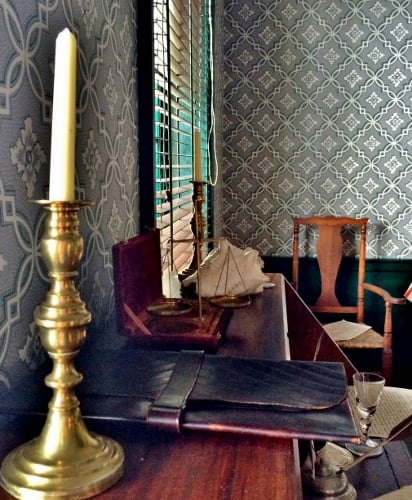 I love the wall paper in his room. 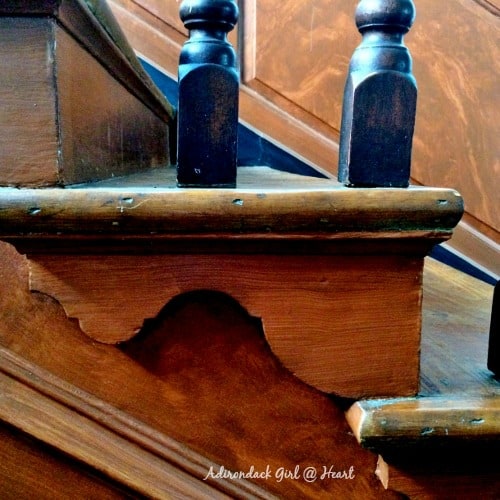 We took the wonderful, original staircase, up to the second floor.

As we climbed the stairs, the docent told us about the numerous wedge-shaped cuts found on the banisters, made by angry Native Americans or American rebels at the start of the Revolutionary War. By the time of the Revolution, Sir William had died and his son, Sir John, owned the home and property. Because of the family’s loyalist position, the patriots seized it all and the family fled to Canada. 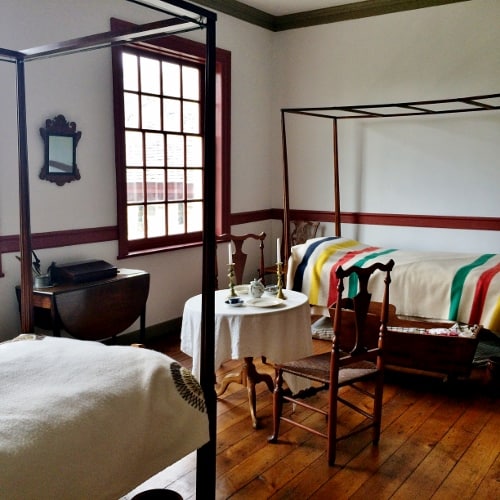 One of the upstairs guest rooms. 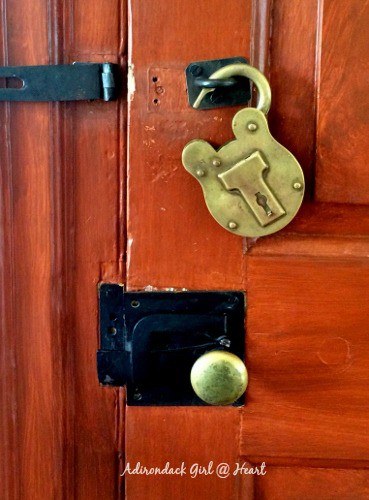 The lock to the attic door.

The staircase leading to the attic. 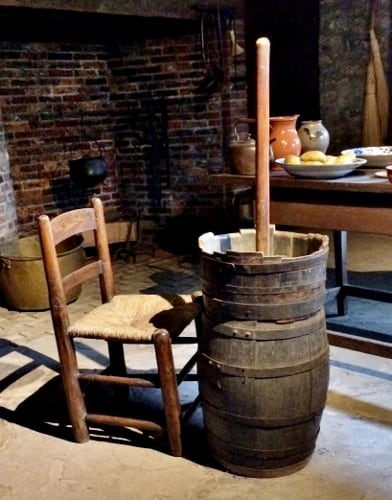 From the attic, we made our way down to the cellar, where all of the cooking for the house would have been accomplished. I love the rustic appearance, including the walk-in fire place and large butter churn. 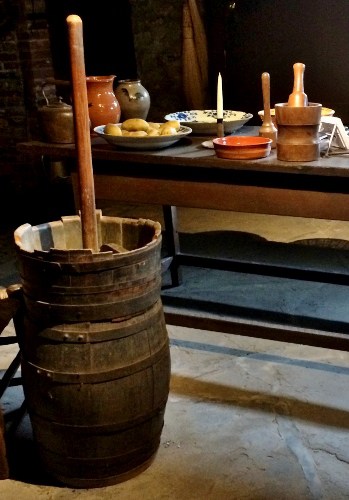 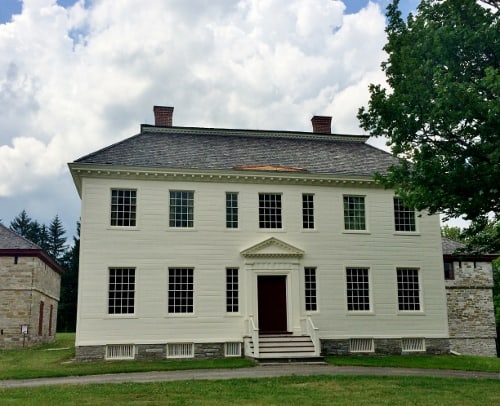