Hi there! Not too long ago my sweet husband and I had the chance to get away for two nights in the Berkshires, just over the border in Massachusetts. We spent several hours one of those days at The Mount, the estate of author Edith Wharton. She wrote the novel, The Age of Innocence (1920), which won a Pulitzer, making her the first woman to do so.

Walk with us as we tour the house and grounds of Edith Wharton’s estate in Lenox (MA), and feel free to take a peek at these previous posts about other stately homes in the area: Schuyler Mansion, Lindenwald, and Johnson Hall. 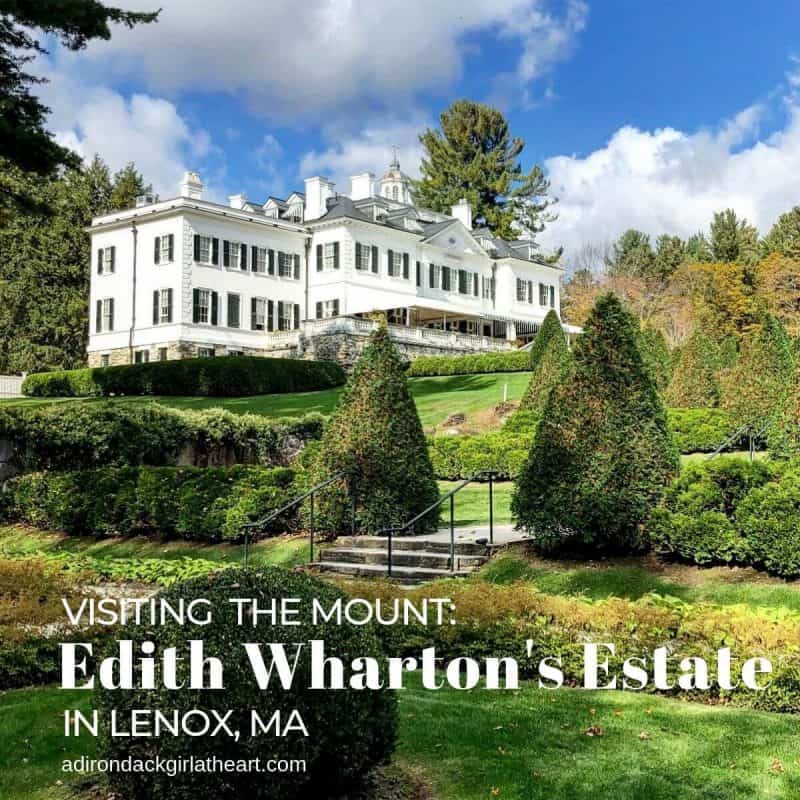 Wharton grew up in a wealthy NYC family with old Dutch and English ancestry and spent her youth traveling Europe. She would be strongly influenced by its art, landscape design, and architecture–subjects that would remain important to her throughout her lifetime.

Fifteen years into her marriage to Teddy Wharton, she designed a home and gardens in Lenox, calling it The Mount (1902). She “lived and gardened and wrote contentedly there” for ten years (edithwharton.org). The project came on the heels of her well-regarded first book, The Decoration of Houses (1897), co-authored with architect Ogden Codman, Jr.

In the book, they put forth the notion that the interior decoration of a home, its architecture, and its grounds should have something of a symbiotic relationship. In fact, they went so far as to say that “house decoration” should be considered a branch of architecture. 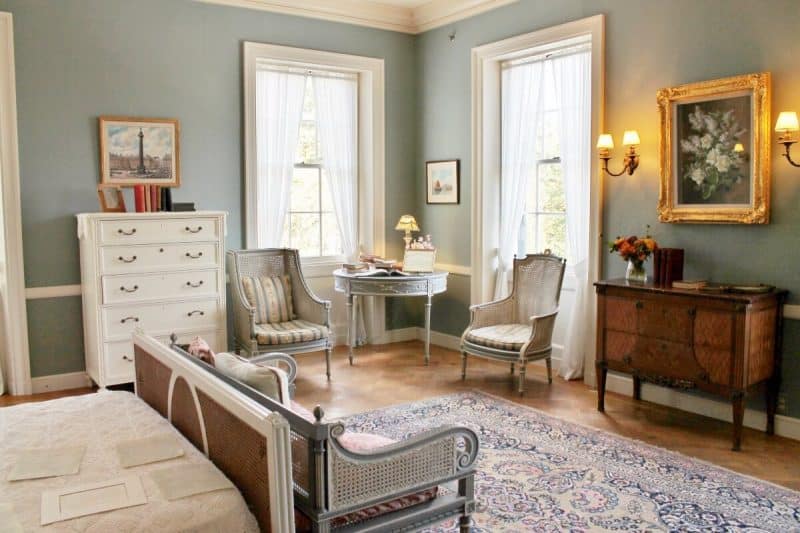 The [relatively] simple interior design and decoration of The Mount (as in this photo), compliments its simple, straightforward exterior design. In other words, neither displays the ornate excesses of previous periods, particularly Victorian. But I’m jumping ahead to the second floor(!).

The Kitchen at The Mount 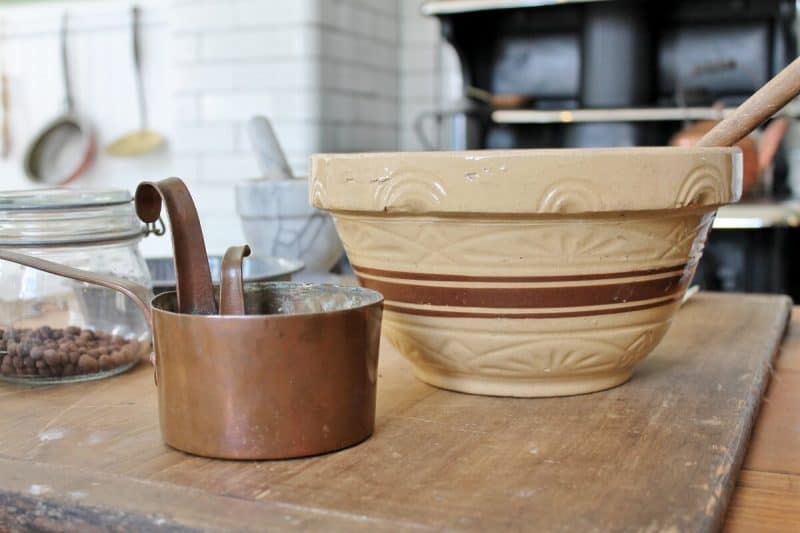 The first room we entered, the kitchen, contained a number of vintage and antiques, like this McCoy yellowware bowl and copper pan. A bright, sunny room, it has a pleasant homey feeling. 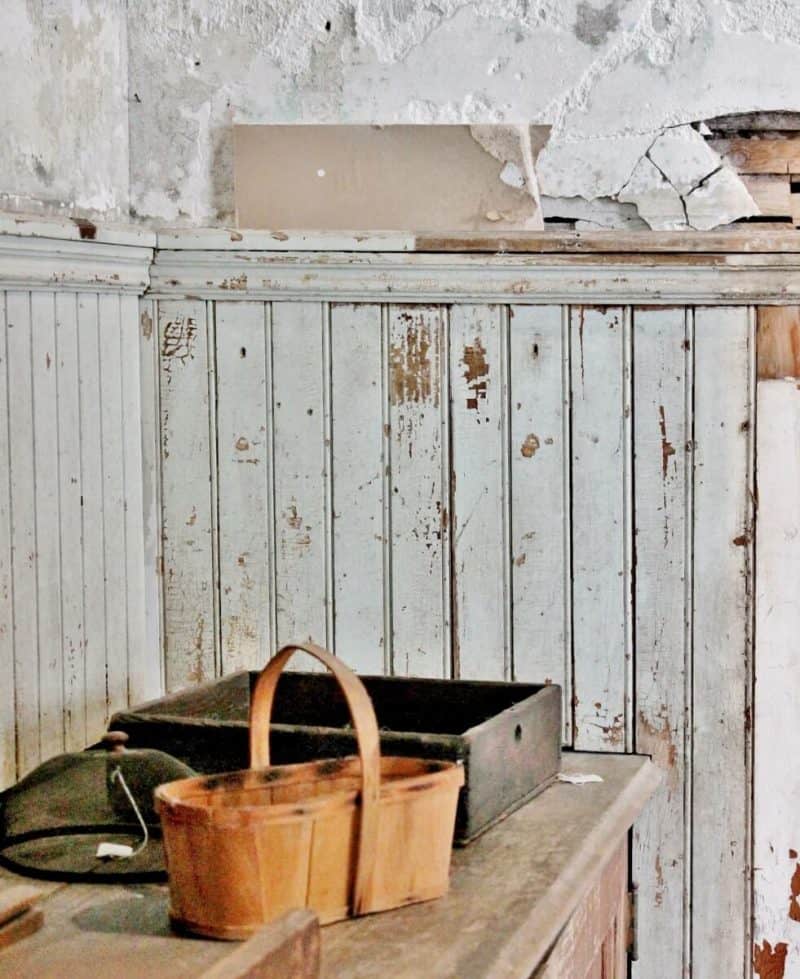 Just off the kitchen we walked through a small “unfinished” room that gave us an idea of some of the degradation that faced the Edith Wharton Restoration group when they began restoring the mansion in 1997. 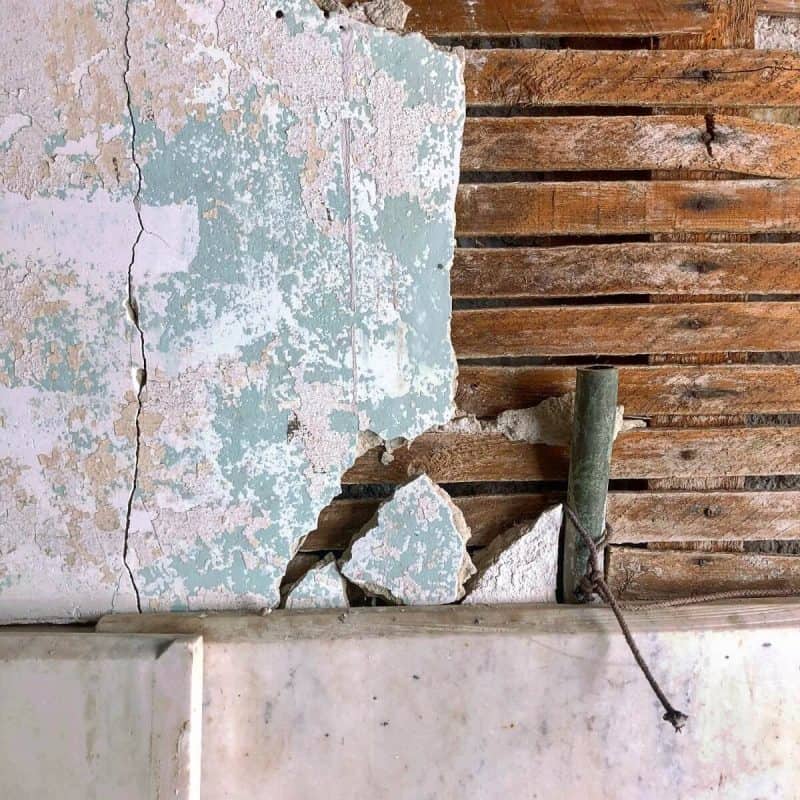 Being a fan of old wood and chippy anything, I admired this room, despite its worn appearance.

The Dining Room at The Mount 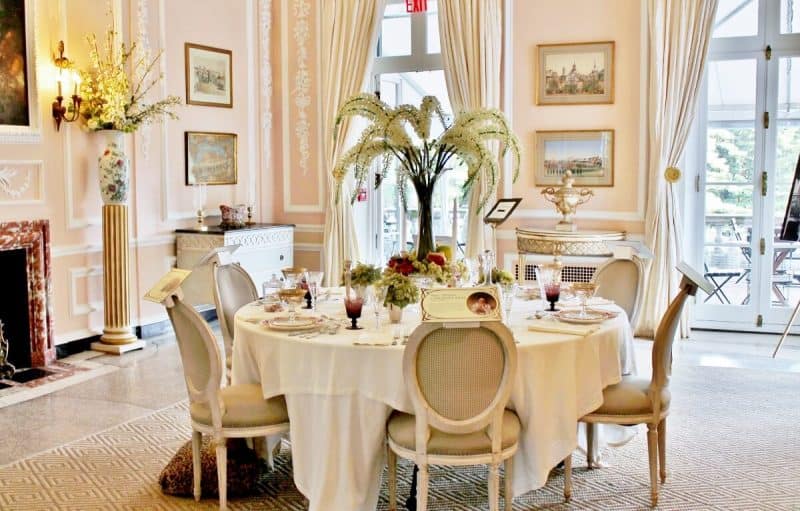 A few steps away we entered the elegant, and very peachy, dining room. 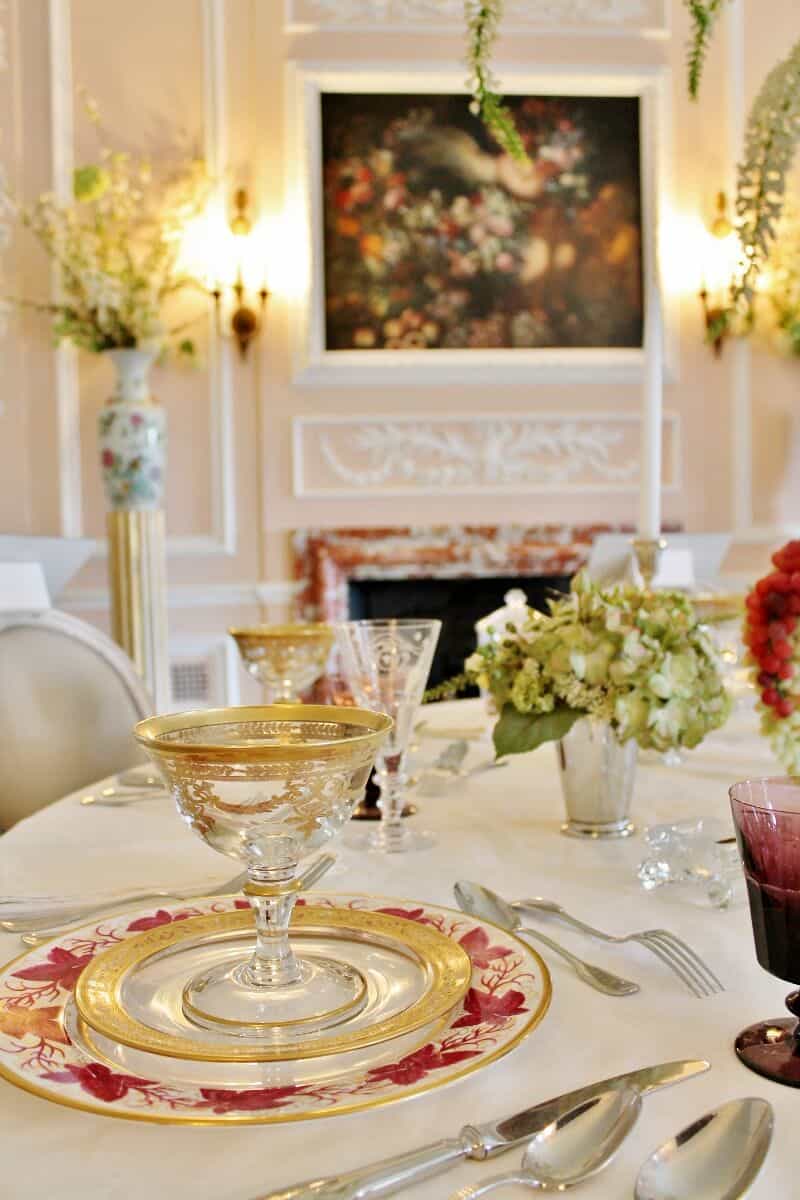 Every detail, from silverware to flower arrangements and dishware was fully attended to, creating a beautiful setting for guests to enjoy a fine meal and cultured conversation.

The Bedrooms at The Mount

The upstairs bedrooms offered similar elegance, particularly this one decorated in the French provincial style. The lovely French blue/gray walls provide the perfect backdrop for the fine art and the classic bergere-style chairs. 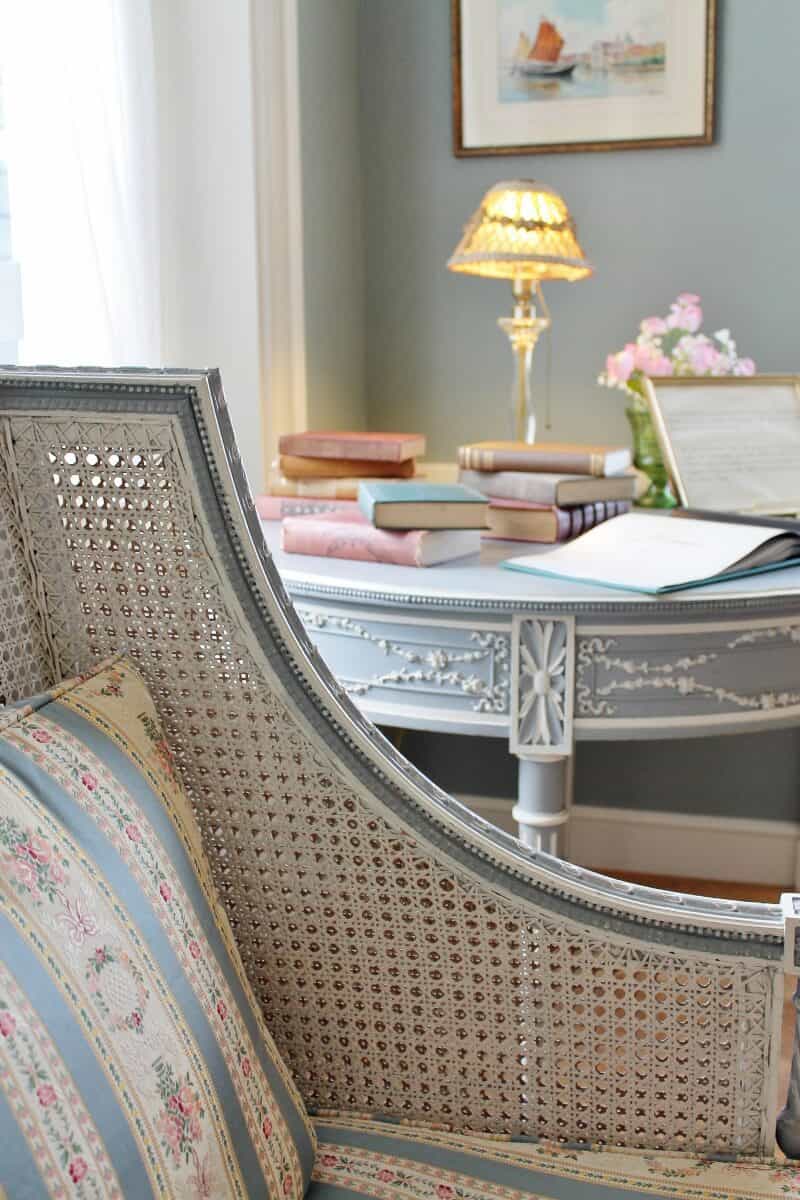 I find the muted blue-gray palette so inviting and relaxing. 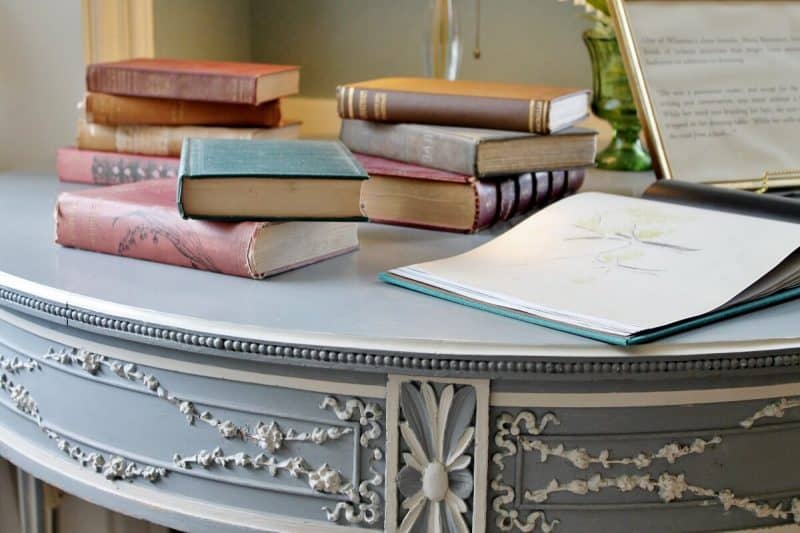 I can imagine Wharton sitting in this cozy corner, writing one of her novels from the time period–The House of Mirth (1905), or perhaps Ethan Frome (1911), two of her earlier books. Although we were told on the tour that her favorite place to write was in bed.

A prolific writer, she committed to paper more than forty books in forty years. Regarding the difficulty that some authors have finding topics to write about, she said of herself, “Subjects? They swarm about me like mosquitoes!” (The Atlantic,1933). She apparently had no lack of ideas for her work.

I also found intriguing the description of how each novel occurred to her as, “a little volcanic island shot up from the unknown depths,” and how the characters seems to “feel the shy but desperate need to unfold” their particular story to her, (The Atlantic). 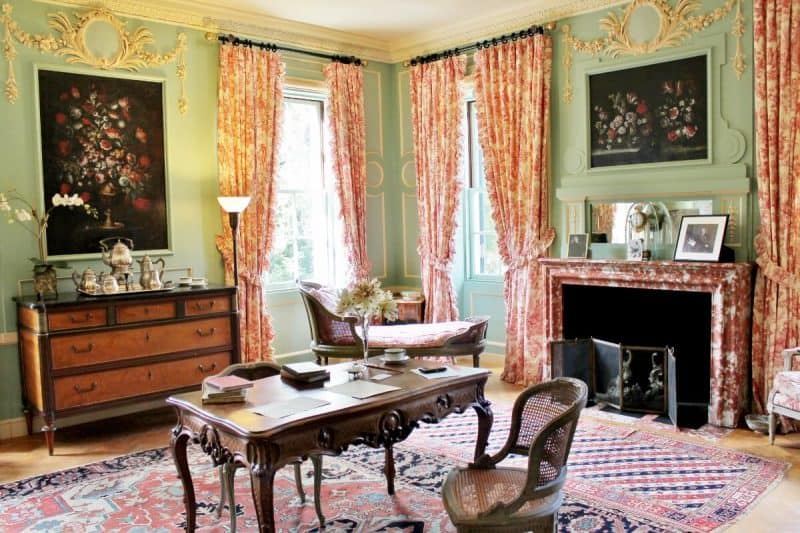 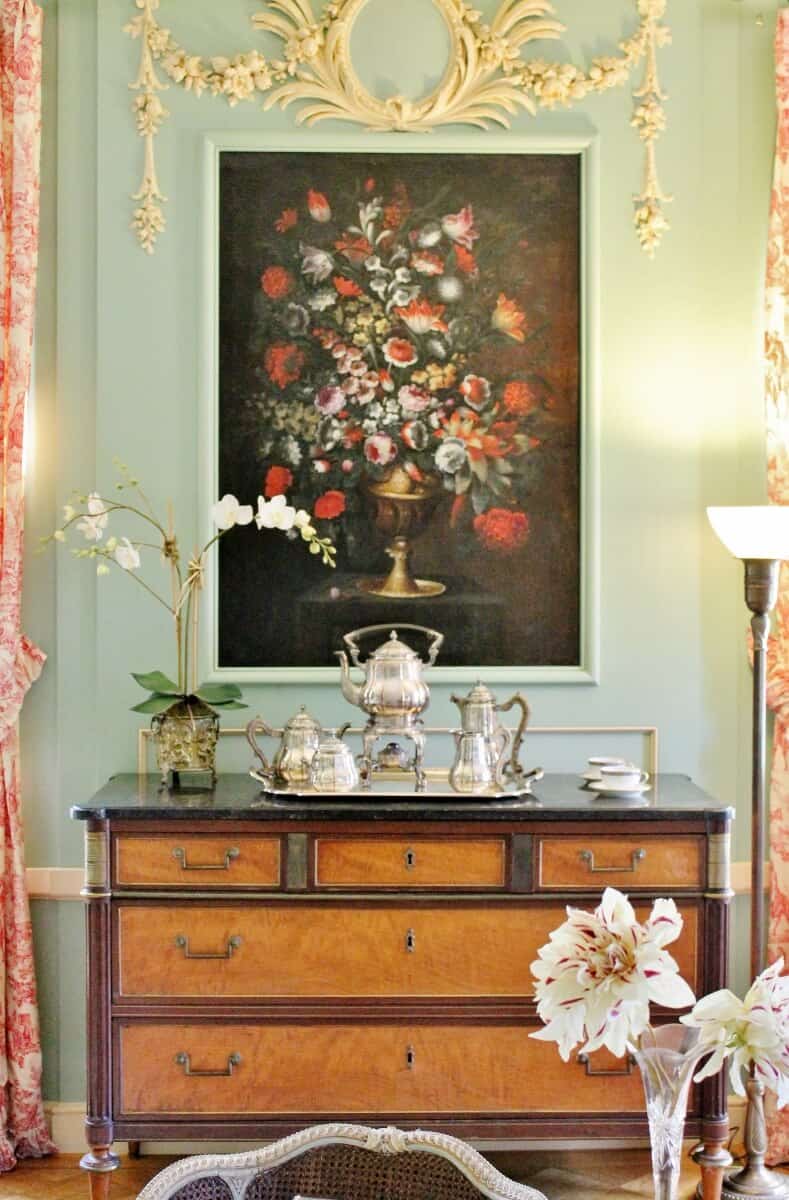 This room has a slightly more “foofy” atmosphere with its ornamental plaster wall decoration and Queen Ann style desk.

The Library at The Mount 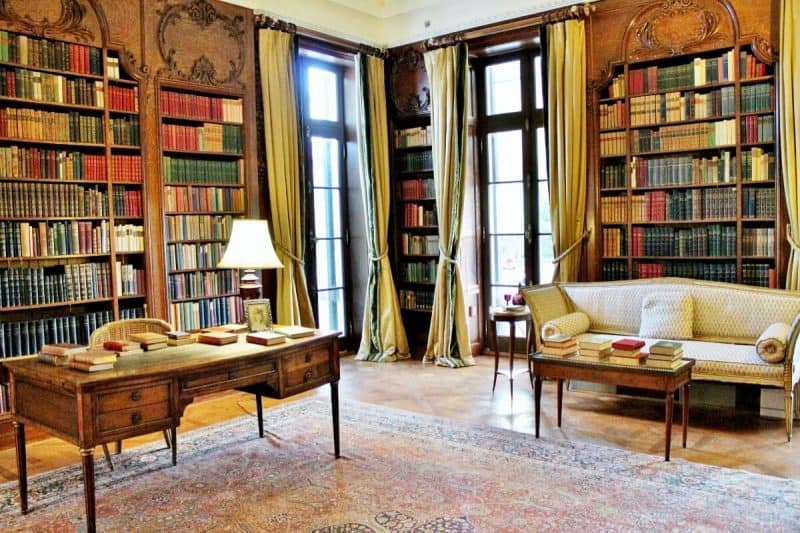 But the library, one of Wharton’s favorite rooms and decorated with Federal style furniture, is anything but foofy. It’s practical, almost manly in some respects, and contains a wide variety of books reflecting her broad interests and curiosities, including copies of her own works and many in other languages (she spoke four herself).

Wharton, fiercely independent in the latter half of her life (free from her husband and able to support herself financially), enjoyed referring to herself as a “self-made man,”(Vogue). In many of her novels, she bravely exposed the New York society of her birth for its attachment to the shallow values of class and so-called correct behavior.

As an expat in Paris after divorcing Teddy and selling The Mount in 1911, she worked tirelessly throughout WWI in aid of children, refugees, and the wounded. And at the same time she wrote about the realities of the war and was even permitted to go to the front lines. Both Belgium and France awarded her for her charitable work. 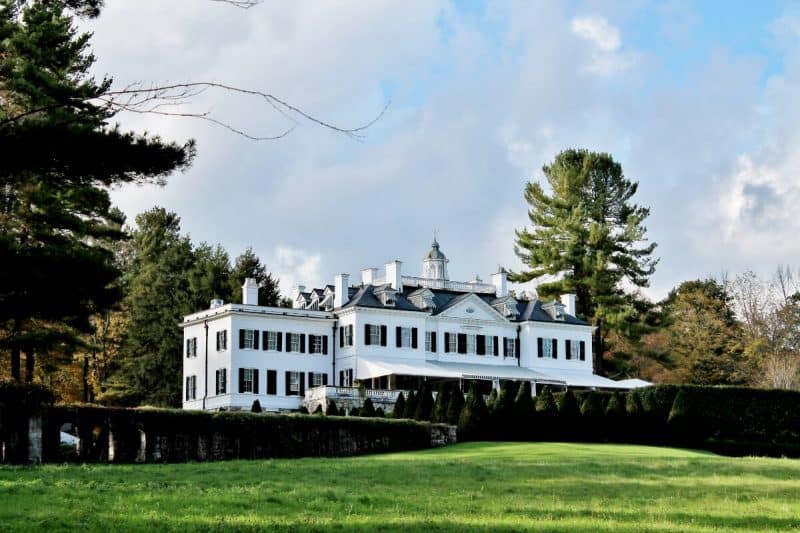 Back to the tour: In the simple, classic design of The Mount, we see Wharton’s commitment to theories she established in that first book, The Decoration of Houses. 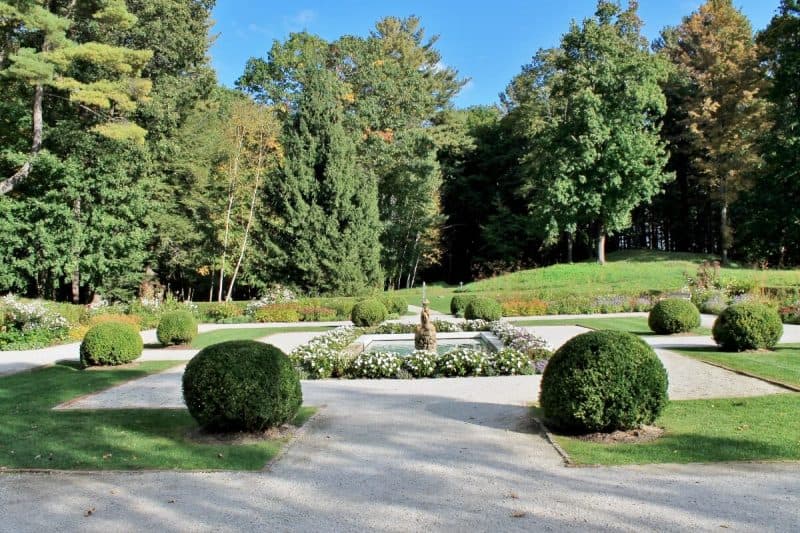 Visitors can observe the application of these design philosophies on the grounds as well as inside the house. While this garden is certainly formal, it is also relatively simple. 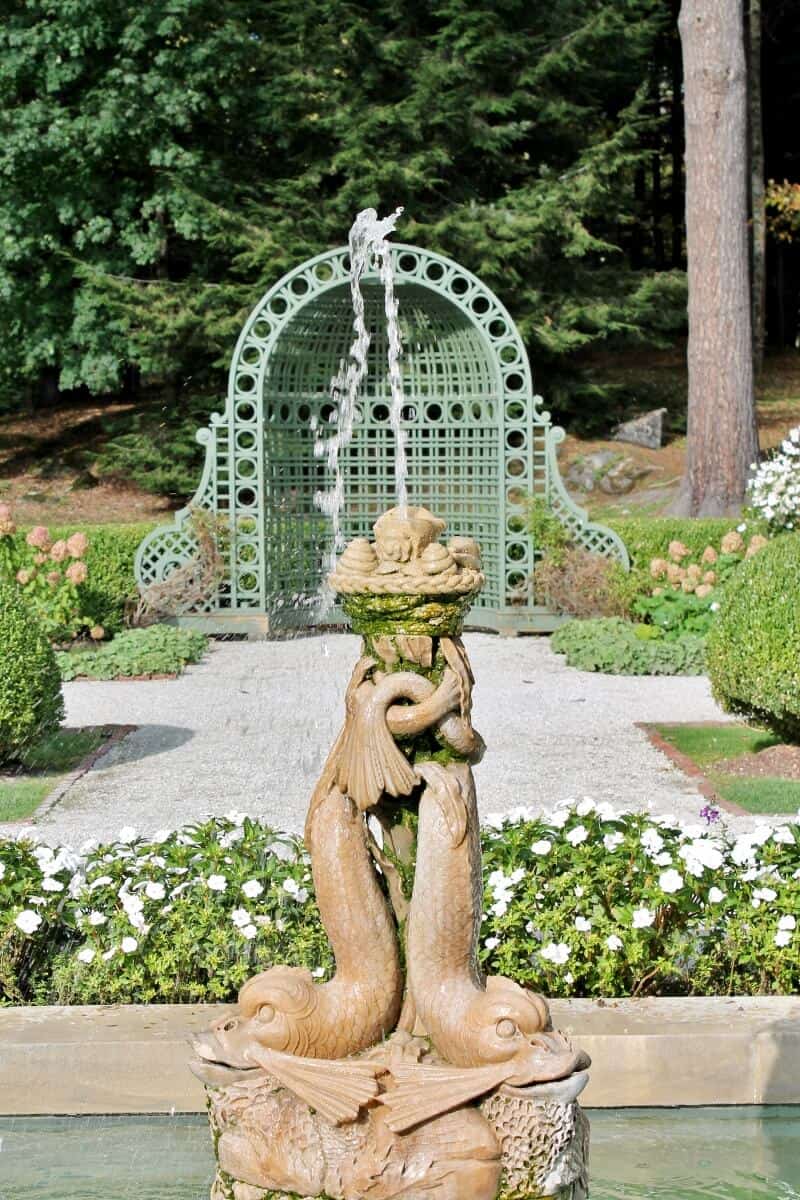 And there are plenty of delightful features, like this “fish” fountain, to capture one’s imagination.

Along with all sorts of flowers blooming, like these “wild” geraniums. 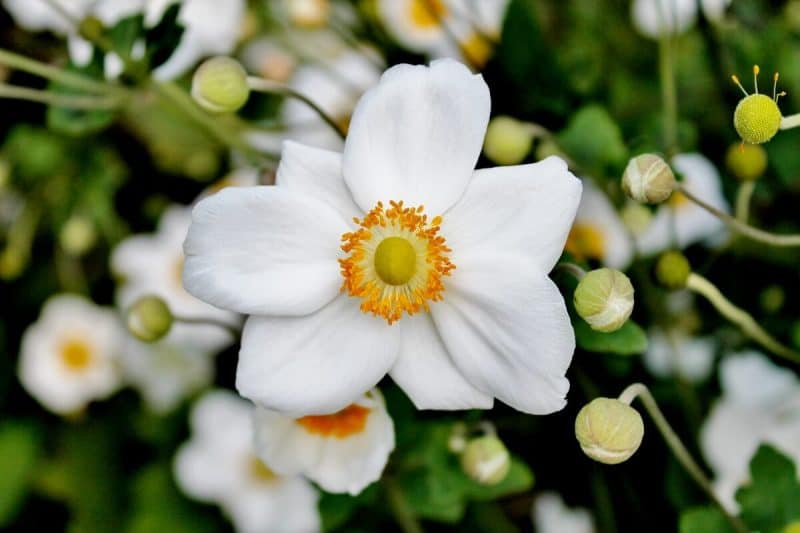 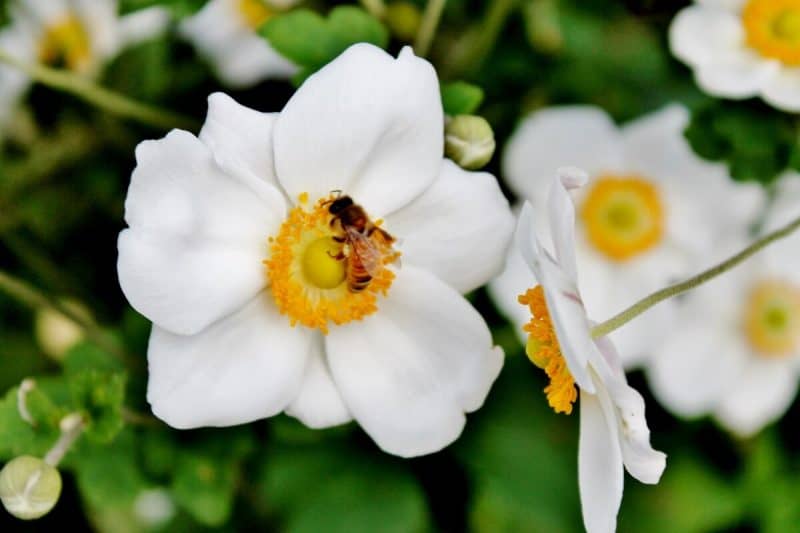 Visited by a bee. 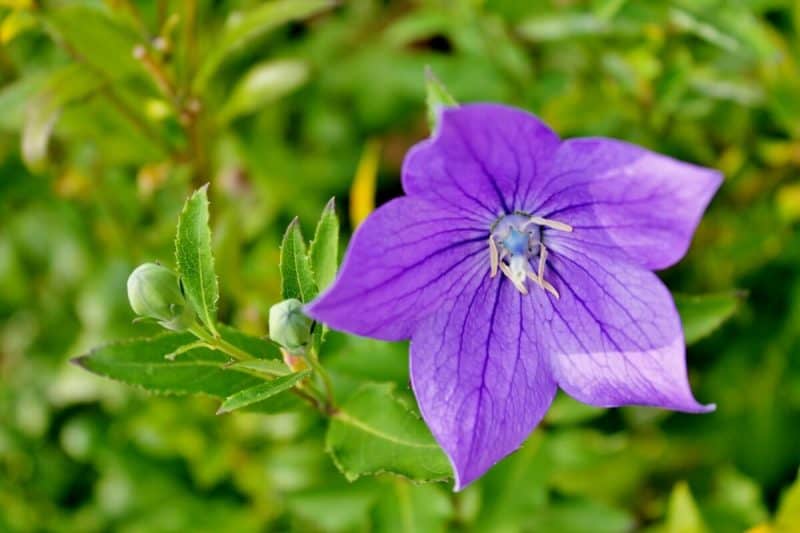 And pretty Chinese bellflower as well. 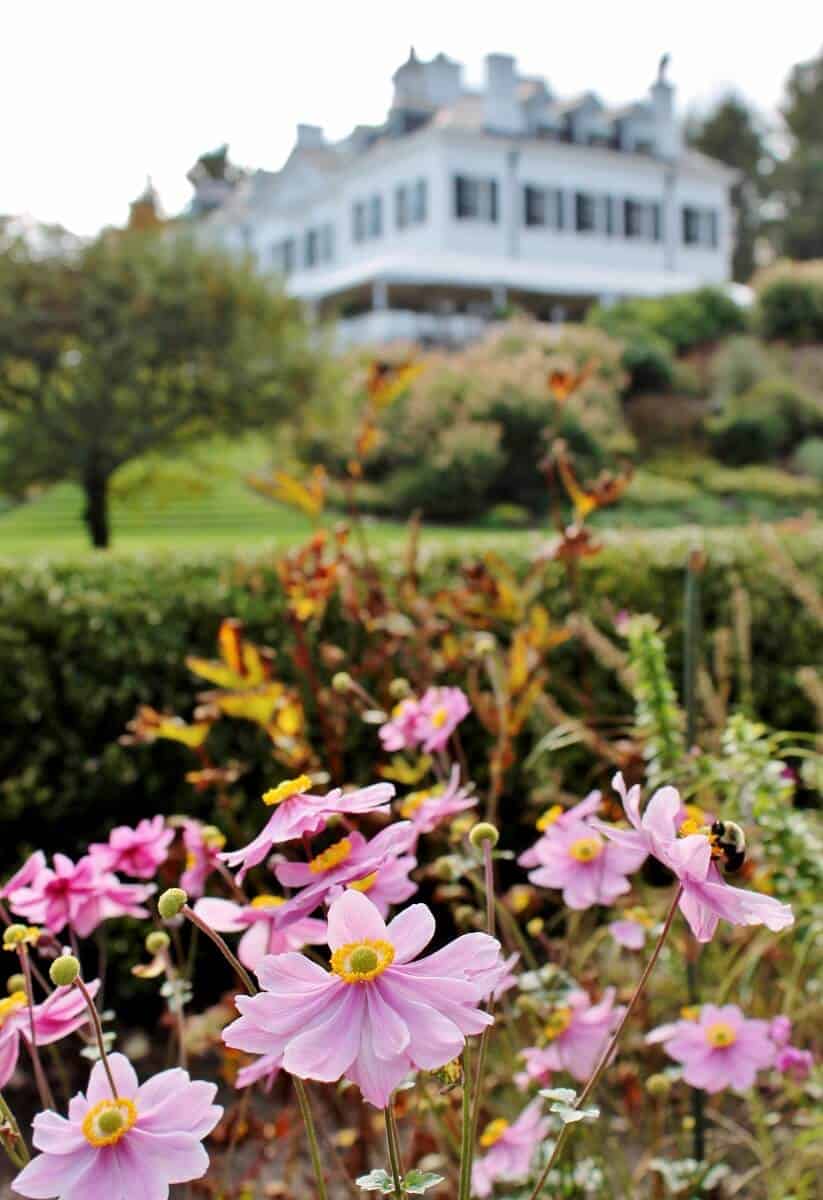 We thoroughly enjoyed our visit to The Mount and would definitely include it on any list of “top things to do” in Lenox, MA.

During the tour, we learned that only 5% of all National Historic Landmarks are dedicated to women. Hopefully, that number will increase in the near future.

If you’d like to read about other similarly strong women, I’ve written about several, including Vera Neumann, Susan B. Anthony, Ann Lee, and Grandma Moses.

If you enjoyed your visit, I hope you’ll subscribe and never miss a post.
You’ll receive access to my MEMBER LIBRARY and get loads of FREEBIES!
Sign up and receive your one-page guide to The Mount for FREE 🙂 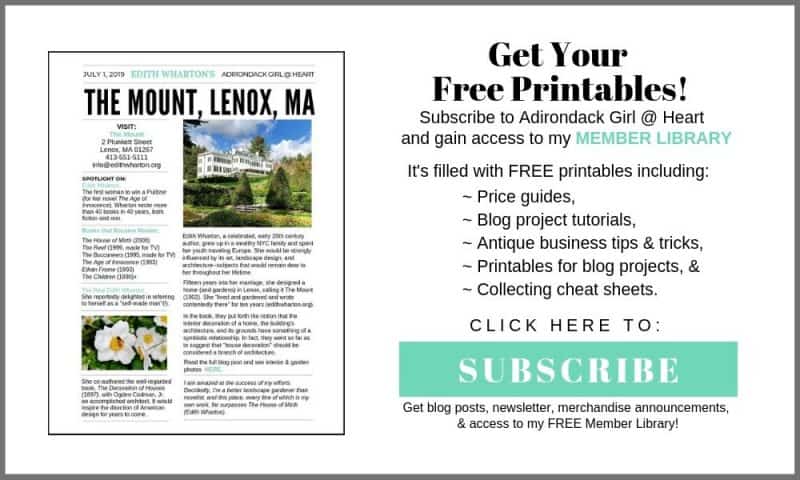 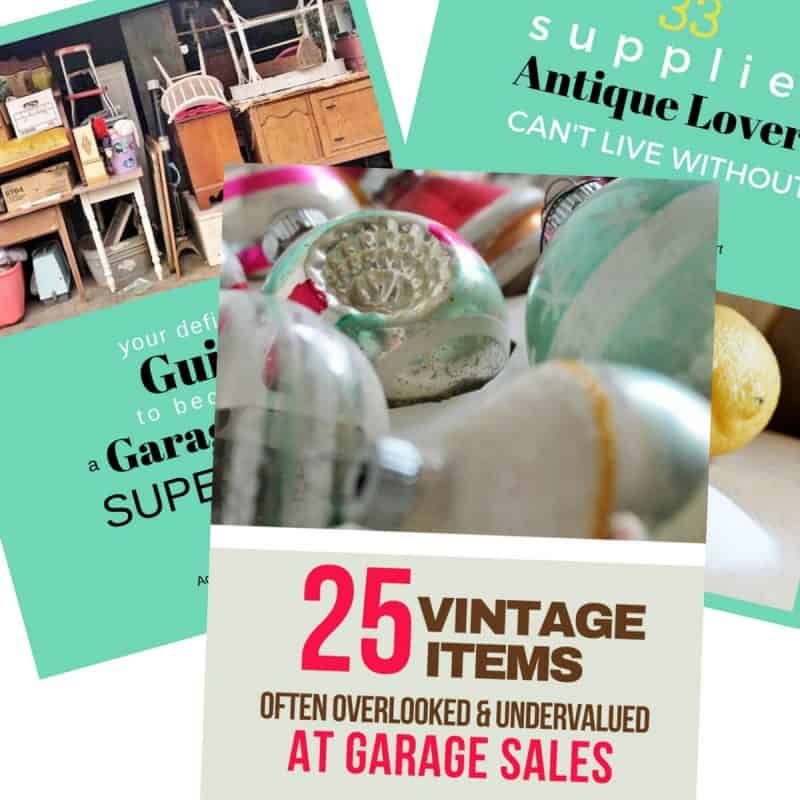 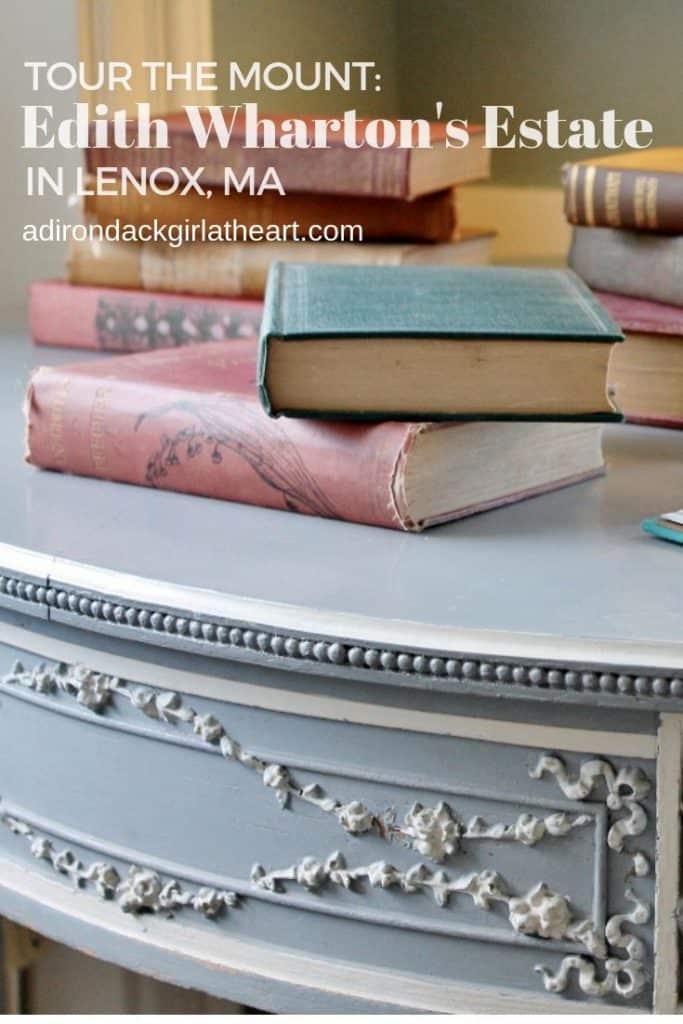